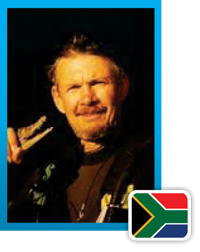 Louie is a ardent adventurer and the owner of BeyondXtreme ® Challenges and Sports and his company has many events planned for the coming years. His adventures have been written about in many newspapers and magazines world-wide and he has been on different Radio stations in many countries. He has also coined the phrase; “The New Radicals”, an apt name for himself as well as his fellow adventurous competitors! Louie Greeff is one of the BeyondXtreme ® Challenge directors and one of the Judges. He is also the Task Master and the Challenge Organiser who will give each Challenger their respective instructions. Louie Greeff is also a world-renowned author who has written one of the most comprehensive books of their kind titled “The DIY 4×4 Guide to Africa” and “The DIY Motorcycle Guide to Africa”. 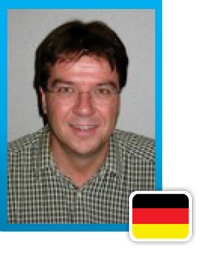 Bodo Wilke is the German Director of Operations and Logistics for BeyondXtreme ® Film Productions.

He is also one of the key European Managing Partners of BeyondXtreme ® Sports and Challenges cc.

Bodo is an ardent biker and seasoned traveler and it was while traveling the African continent many moons ago when he met Louie Greeff at the same spot as David Livingston did – The Mighty Victoria Falls…(quite ironic one might say, as an almost a modern-day like German Stanley [Bodo] travelling south from the north meeting a Dutch Livingston [Louie] who was traveling north from the south) and they became instant friends because they have the same ideals and a love of traveling and people in general. 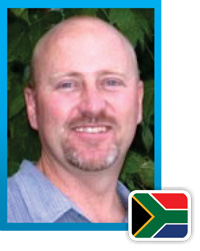 Leighton is s the South African Director of Operations and Logistics for BeyondXtreme ® and technical boff. Leighton provides all the technical requirements and support for the teams while they are on the road. He is also responsible for getting the latest information, visual footage and images of the challenges back to “civilization” via satellite. The website development as well as any additions, changes and updates are also handled by him. His very important task is to assist Louie with all formats of the challenge at hand. From a logistical side he coordinates the entire process and he has to make sure that the entire challenge runs smoothly from start to finish. Somewhat of an “adrenalin junkie” himself  having sky dived, abseiled and white water rafted on the Zambezi, these challenges are right up his alley. 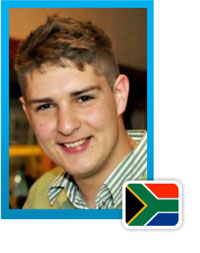 Martin Naudé has been in love with film making from early on in his high school career. It sparked when doing a film study on “Tsotsi” in grade 9 and his passion and love has just kept on growing from there. Graduating from Leeuwenhof Akademie in 2009 completing the Cambridge School Syllabus, there was only one clear choice for his future, The film Industry.  Within the film industry the discipline that has had the most interest for Martin is Film Editing. His passion for editing has given him the skills to create professional AFDA productions throughout his four years at AFDA. Throughout his studies at AFDA, he was top of his editing class for all Four year. Martin Worked on the best second year film, entitled, “In The Interest Of Time”, the critics choice award film for third year, “Purgation”, and completed his Honour year Cum Laude at AFDA with the film entitled “Faceless”, based on the crews documentary made earlier in the year called “The Faceless Crowd”!  Straight out of AFDA, Martin went into broadcast and worked at Studio Zoo, acompany which produces content for DStv, and worked for 5 months, beforereceiving the opportunity to work on this Amazing documentary! 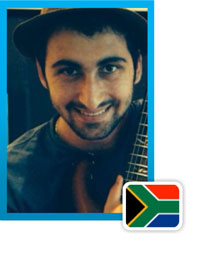 Grant Booth is a professional score composer for TV, film and video games based in Johannesburg. He has been involved in the music industry for over ten years and specializes in creating rich, thematic orchestral scores as well as unique conceptual pieces. Grant has a fierce passion for his work and strives to achieve harmony between sound and visual. email: grantbooth7@gmail.comcell: 082 783 6811facebook: https://www.facebook.com/grantboothcomposer 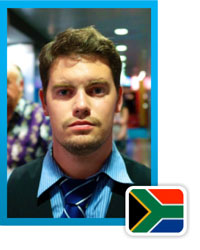 Brendon O’Neill is a a professional filmmaker based in Johannesburg. He has worked on various productions as well as traveled the world since he graduated from AFDA Film School with a BA in Directing and Writing. Histalents lie behind the camera where he is passionate about capturing life through the lens, or telling a story through words on the page. Brendon now looks forward to a long career in the film industry where he is intent to make his mark. email: zootboot@mweb.co.zacell: 082 552 3308website: brendonpatrick.wordpress.com